“The taste is bitter, its atmospheric energy is neutral, it has no toxicity… It is good for the Qi of the head, including mental activities. It tonifies the spleen, increases wisdom, improves memory so you won’t forget. Long term consumption will lighten the body, you will never become old. It lengthens years. It has spiritual powers, and it develops spirit so that you become a ‘spirit being like the immortals.”

Until recently only the rich and privileged members of Asian society were able to benefit from Reishi’s therapeutic potential, considering wild-harvested Reishi of good quality is quite rare. In the 20th century effective cultivation techniques were developed resulting in Reishi being widely available to anyone. Around 30 years ago Reishi products were introduced to the Western market in the form of dietary supplements. Reishi is listed in the American Herbal Pharmacopoeia and Therapeutic Compendium as Ganoderma lucidum (1).

In the United States, Reishi products are sold as over-the-counter preparations in the forms of health drinks, powders, and dietary supplements. They are mainly used as a tonic and a remedy for the treatment of illnesses including chronic liver disease, hypertension, neurasthenia, insomnia, bronchitis, gastric ulcer, diabetes, and cancer. The therapeutic dose ranges 2-6 grams daily for crude raw decoctions. Standardized extracts contain 10-14% polysaccharides and 4% triterpenes. The dose for the extract is 1-4 grams daily

According to Donald R. Yance Jr., CN, MH, RH(AHG), a clinical master herbalist and certified nutritionist, Reishi is the perfect remedy for the typical Americans suffering from constant stress, who typically have depressed vital force. He classifies Reishi as an adaptogen, which regulates and restores homeostasis and improves both energy and sleep. Reishi also enhances immune function by increasing white blood cells, platelets, hemoglobin and various cancer fighting cells.

For centuries people around the globe have been using mushrooms as food, medicine, and cosmetics. Mushrooms are considered a super food because they are rich sources of protein, minerals, and antioxidants. They are also rich in vitamin B and vitamin D. They are not only rich sources of nutrients but also have therapeutic value in preventing diseases such as hypertension, diabetes, hypercholesterolemia, and cancer. There are too numerous to count health benefits of Reishi mushroom. This article will review the anticancer properties of Reishi, also called Ling zhi or Ganoderma lucidum.

According to the National Cancer Institute Physician Desk Query, medicinal mushrooms such as Reishi have been safely used as single agents or in combination with chemotherapy or radiation. Many studies have examined the effects of Reishi on immune system, and the anti-cancer effect of Reishi has been attributed to the polysaccharide fraction which is responsible for the stimulation of the immune system, and to the triterpenes, which demonstrated cytotoxic

activity against a variety of cancer cells. But there are many other important active compounds accounting for Reishi’s effectiveness:

Ganoderma lucidum is used by contemporary Chinese physicians to support immune function in patients undergoing chemotherapy or radiation therapy for cancer (3). Several GL derived products have been studied in vitro and in preclinical models and reported to have anticancer effects. Both triterpenoids and polysaccharides can lead to cell growth arrest and cytotoxicity.  The cytotoxic effect of GL seems to be mediated through apoptosis pathway, both the intrinsic (mitochondrial) and extrinsic or death receptor pathway (4). Polysaccharides from GL have been shown to induce dendritic cell maturation, thus supporting, or eliciting immune-mediated anticancer effects (5).

Other potential mechanisms of anticancer activity include the induction of differentiation of neuroblastoma cells in vitro (6) and the inhibition of cellular secretion of factors associated with tumor-induced angiogenesis, such as vascular endothelial growth factor (VEGF) and transforming growth factor (TGF)-beta. Extracts from GL are potent activator of T cells and inducers of cytokine production such as IL-2, IL-10, TNF-α, IL-1β and IL6. Polysaccharides from GL fruiting body potentiates the release of interferon-γ from human T cells (7). Ganoderenic acid B, a G. lucidum derived triterpene, has been shown to enhance the cytotoxicity of chemotherapeutic agents in a drug-resistant cell line of hepatocellular carcinoma by inhibiting the transport function of the adenosine triphosphate (ATP)-binding cassette (ABC) superfamily transporters (8).

Thirty-six patients with advanced lung cancer at a hospital in China were enrolled in an open-label trial evaluating GLE, and 30 were accessible for immune function after 12 weeks. The patients were treated with chemotherapy or radiation therapy, and other complementary therapies. Ganopoly was administered as 1,800 mg capsules 3 times daily before meals for 12 weeks. Treatment did not significantly alter the mean mitogenic reactivity to phytohemagglutinin; mean counts of lymphocyte subsets CD3, CD4, CD8, and CD56; mean plasma concentrations on interleukin-2, interleukin-6, or interferon-gamma; or natural killer cell activity (P > .05). The investigators noted that some patients did experience some significant changes in the parameters studied, but the group effect was null overall (11).

Japanese investigators studied a water-soluble extract from a cultured medium of G. lucidum mycelia (MAK) in patients with colorectal adenomas. After being diagnosed with colorectal adenomas on colonoscopy, 123 patients were enrolled in the MAK treatment group, and 102 no-treatment controls were randomly selected from the department’s patients. The treatment group was administered 1.5 g/d of MAK for 12 months. Both groups underwent repeat colonoscopy at 12 months. The change in the number of adenomas was +0.66 +/- 0.10 in the control group and -0.42 +/- 0.10 in the treated group (P < .01). The total size of adenomas increased by 1.73 +/- 0.28 mm in the control group and decreased by -1.40 +/- 0.64 mm in the MAK group (P < .01). These results suggest that MAK may suppress the development of premalignant colorectal adenomas (12).

In conclusion, Reishi mushroom can have a dramatic impact on the enhancement of immune system. Many studies have shown that they not only protect against cancer but can also protect against bacterial and viral infections such as Influenza and other respiratory diseases. No wonder the emperors of the China, Japan and Korean dynasties worshipped it as an “elixir of eternal youth”. Reishi can be the perfect remedy for the constant stresses of modern life, it has promising properties that might extend longevity with increased vigor and vitality. Reishi mushroom is the main ingredient in ReiSHE™, which is a complete anti-aging supplement for mature women. Almost all users have experienced immediate relief from many unpleasant symptoms of aging such as hot flashes, night sweats and insomnia. It contains the highest quality Ganoderma lucidum extract along with four other adaptogenic herbs that have numerous health benefits beyond the menopause symptom control.

There are many over-the-counter mushroom supplements being commercialized in the US. As more Reishi products come to the market, the quality of the raw herbs and scientific verification of the active compounds becomes increasingly important. Since there is no FDA oversight for the nutritional supplements the consumers can easily be exploited by unscrupulous companies offering cheap, low quality Reishi extracts with diluted medicinal content.

ReiSHE™ is made with carefully selected raw herbs without pesticides or heavy metal contamination. ReiSHE™ is manufactured at a GMP certified facility in the US. It is made with 10:1 Ganoderma lucidum extract, which is double the concentration compared to other Reishi products on the market. ReiSHE™ was created by Dr. Young Joo Lee, who is currently the Medical Director of Breast and Integrative Oncology at Anne Arundel Medical Center in Annapolis, Maryland. ReiSHE™ is the culmination of her medical knowledge and clinical experience, backed by her lifelong reputation as an ethical, caring, and compassionate physician.

You can order ReiSHE™ at www.reisheherbal.com. Dr. Lee takes ReiSHE™ every day and wants to share her high quality, safe and effective formula with other women so they can also experience many health benefits of this remarkable herb. 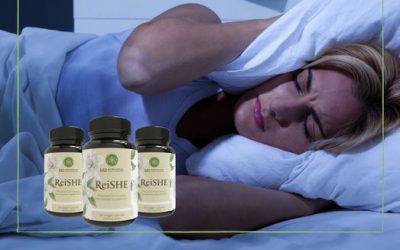 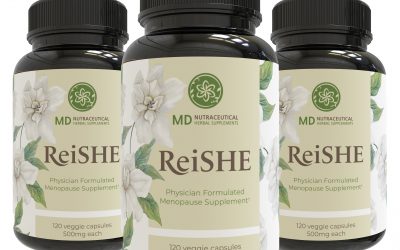 Mushrooms or fungi possess natural defense against viruses and bacteria. Penicillin, the world’s first antibiotic, comes from Penicillium fungi. Similarly, Reishi has been described to defend human body against physical threats such as viruses and bacteria, as well as... Reishi is considered a perfect adaptogen (a natural substance that helps body adapt to stress) for the typical American suffering from constant stress. The demands of modern life lead to depleted energy level, increased chronic inflammation, and hormonal imbalances...